Having finished the ‘Power BI Lissajous Curve Explorer’, I was not 100% happy with the Power BI Scatter Chart visualization. 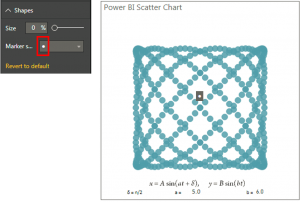 TL;DR: I look at a simple R Scatterplot, how to format it, and compare it to the Power BI Scatter Chart.

Where do we go from here?

So, what are the alternatives?

Option 3 it is then.

There is a huge amount of information on R Scatterplots out there and a simple search gave many examples and options. It really took all of 10 mins to get the final R Script Visual working (as long as you’ve already installed R on your PC, of course – otherwise it might take 15 mins).

Add an R Script Visual to your report – the ‘R script editor’ appears at the bottom of your screen asking you to drag fields into the Values area. I simply added x_DAX, y_DAX, and n, from the n Table.

Power BI does some magic in the background to create a dataframe – a virtual table used by R. It also helpfully(?) removes duplicate rows.

You then need to add the R script to plot the Scatter Chart.

That was it. That line above. It produces this:- 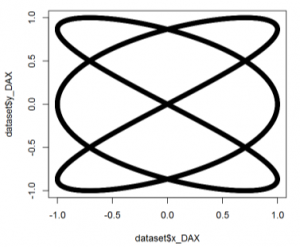 You can then set the format of the chart.

In this code we:- 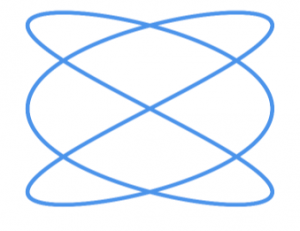 Back in Power BI proper, we can add a Title for the R Script Visual and copy across the labels/text we used on the Power BI Scatter Chart.

And comparing the two, side-by-side:-